Illovo Sugar has joined forces with Landesa, an international NGO specialising in land and land rights, to build the group's capacity in order to implement its Land Guidelines and Roadmap. The project which will support the implementation of the Group's overall land programme, is being supported by the UK Department for International Development (DFID) LEGEND Challenge Fund. The project is called ‘From Commitment to Practice: Supporting the Operationalization of Private Sector Land Rights Commitments through a Pilot of the New Alliance’s Due Diligence Tool’, with the working title being ‘Commitment to Practice’ (C2P). The intervention is aimed at building the capacity of Illovo to implement the Land guidelines and Roadmap and to build the capacity of local organisations around the estates whilst developing tools and problem solving initiatives to help the private sector deal with land rights. The project will physically address land issues in Mozambique, Malawi and Tanzania although it will incorporate land champions from the other three Illovo countries of operation to facilitate roll out of the assessments.

Illovo is funding its own contribution while the DFID funding will cover Landesa’s technical support and the input of the Community Support Organisations (CSOs) identified in each country to assist in mobilising and building the capacity of the communities surrounding the operations to be able to openly engage with Illovo about land. This will enable Illovo to implement the roadmap in a much more comprehensive and inclusive manner and will have significant improved outputs and sustainability due primarily to the improved capacity of the local CSOs and communities at each site. 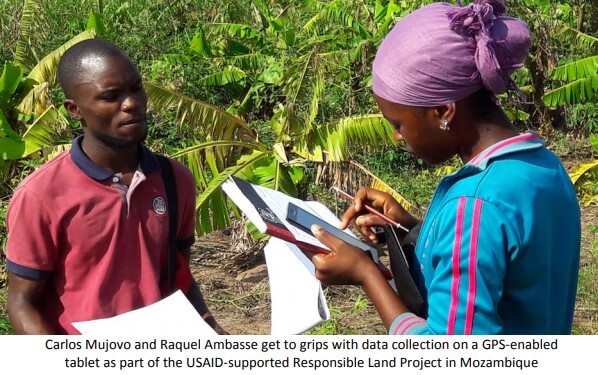 The project kicked off with a workshop in Durban in October 2016 led by the internal project lead and Landesa. The workshop was attended by all land champions, agriculture and outgrower managers and was characterised by frank discussions around the issue of land and how to embed the principles of the guidelines into the operations of the company. The land champions have since documented the known and potential land challenges at site level along with the current grievance mechanisms and revised grievance mechanisms. In most countries wider internal platforms for learning and sharing ideas around land management have been developed, Tanzania being a good example with field managers being tasked with managing the boundaries and relationships with the communities along the boundary, to feed back any potential grievances to a wider land committee, and to identify potential shared value initiatives that could be developed with the communities. Landesa developed a tool to be used in the field which is an adapted version of the Analytical Framework for Land Based Investments in African Agriculture to be used in existing investments rather than greenfield or brownfield investments. Landesa and Illovo also developed a primer to enable identification of potential CSOs and Landesa is in the process of identifying and interviewing CSOs in each project country.

The C2P project assessment phase commenced at Illovo's Dwangwa operation in Malawi on 15th May 2017 in partnership with LandNet, an experienced network of land rights CSOs in Malawi. Other CSOs attended a day of training with Landesa to start the country program which was followed by in‐ depth training of Illovo’s Land Champions and other key staff and senior management. Training included land rights, gender in the context of land rights, grievance mechanisms and communication, and the use of a modified analytical assessment tool to assess the land situation at Dwangwa and identify high risk areas and areas under dispute. A more detailed assessment of these identified areas was undertaken by the Landesa and LandNet team to verify land boundary assessments already undertaken and strategies to address the land challenges were developed. These strategies comprise boundary definition, full estate land quantification and classification, comprehensive community engagement by Landnet and the development of community driven grievance mechanisms.

The team then moved to Illovo's sugar operation at Nchalo and followed a similar process using the participatory boundary assessment undertaken in 2014 as a baseline document. Landesa will produce a country report that will be used to form the basis of the assessment document for publication however the assessment phase marks only the start of the engagement and land program. Based on experience gained, the Landesa and Illovo team will now re‐visit the tool and process to improve it before rolling it out to Mozambique and Tanzania.

Illovo has also been successful in securing assistance from the USAID for a Responsible Land Based Investment Project which focuses on community land rights in the Illovo supply chain in Maragra, Mozambique. To maximise the impact of this pilot intervention, Illovo has partnered with Indufor North America, the Moringa Partnership (an equity investor) and a local partner TerraFirma to implement a pilot project that will test the Analytical Framework for Land‐Based Investments in African Agriculture on several investments in different crop types in various stages of development. The focus for Illovo in Mozambique will be on the improvement of the capacity of the communities around the estate, both growers and non‐growers, to understand their land rights and to map and document their rights to enable them to legalise their tenure if they wish to and to assist in improved land use mapping and understanding of the supply chain for Illovo. The project expects to register over 200 land parcels for DUATs. The project commenced in February 2017 and will run for 15 months, mapping and registration commenced in April by building the capacity of the local grower Cooperative and using identified individuals from the community as facilitators and mappers. Significant focus is also being placed on how to monitor and evaluate both the implementation of the projects and the effect of land rights programmes on private sector and communities.

This project effectively takes the implementation of the roadmap one step further to ensure that community partners understand their land rights and have formal land tenure which will assist Illovo to ensure that they enforce the commitment to zero tolerance for land grabs.

The key deliverables of this project are:

The project has identified and trained local community enumerators to assist with the mapping and registration process and has to date sensitised over 700 households on land rights and the details of the project and is progressing to registering participation. It has met some localised challenges that have delayed implementation but the team are confident that the project is back on track. USAID have commissioned an initial baseline study that is currently underway.

In Mozambique, the Maragra Smallholder Sugarcane Development Project (MSSDP) has comprehensively mapped and engaged with local and regional stakeholders to address land and has formed a ‘land working group’ to address land and grower registration on the project. The project has also engaged with local organisations working to provide legal documentation to local land owners in line with national government targets. A basic registration of land and ownership with the project/company has been completed for the areas currently under development and continues as the project expands, although this is not legal documentation it will feed into the USAID Responsible Land‐Based Investment Project.

Illovo is also investigating the possibility of localised land rights programmes at other sites to: