Illovo has a 60% share in UBOMBO SUGAR LIMITED, with 40% of shares held by Tibiyo Taka Ngwane (Tibiyo). Ubombo, situated adjacent to the Usuthu River in the southeast of the country, annually produces approximately 300 000 tons of sugar. It is one of three sugar producers in the country whose combined total sugar output of approximately 730 000 tons is marketed and distributed by the Eswatini Sugar Association (ESA).

Through its E1.3 billion expansion project that was commissioned in 2010/11, Ubombo supported the development of the Lower Usuthu Smallholder Irrigation Projects (LUSIP), contributing significantly to the reduction of poverty in the Southern Lowveld of Eswatini. Small scale growers supply about 27% of cane to the Ubombo mill under the LUSIP project. Large-scale growers supply 24%, 2% is delivered by medium-scale growers, and 37% by Ubombo’s own agricultural operations.

Ubombo also manages 2 400 hectares of irrigated sugar cane on behalf of Tibiyo Taka Ngwane, which supplies 10% of the cane crushed at Ubombo mill.

In addition to satisfying all of its own electricity needs, Ubombo was the first independent power producer in the country, and the Group, to supply power using biorenewable resources to the national grid on a commercial basis. On average, the company produces 165-gigawatt hours (GWh) of electricity annually of which about 60 GWh is supplied to the Eswatini Electricity Company. 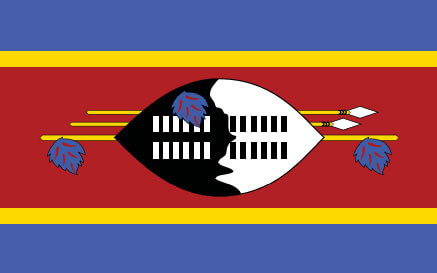